Whether you are selling your home, a first-time buyer, or in the process of stepping up to your “dream home,” Grupe Real Estate is a great place to begin the process. We have personal knowledge of each neighborhood’s nature, and growth possibilities. Based on this we hope to find the perfect fit for you and your family. Every community is different. Whether your focus is schools, shopping, transportation, or recreational facilities our associates will draw upon their knowledge of the local areas to find the ideal property to meet your needs. We have made over 200,000 properties available for sale and given you access to the brightest and most professional Sales Associates in the real estate business. Grupe Real Estate Sales Associates are the reason our customers continue to work with Grupe Real Estate, transaction after transaction. They are local market experts dedicated to guiding you through the entire real estate process and helping you with all of the details before, during, and after the sale. 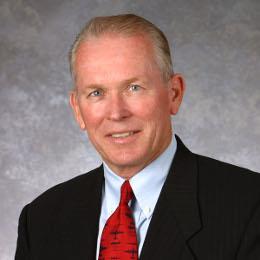 In 1977 Jerry Abbott took a position with Grupe Realtors lead by Fritz Grupe. As a result of various mergers and acquisitions his tenure with Grupe has now spanned 35 of his 39 years in the real estate industry. Working hard in a business that already demands much of its people, Jerry consistently applies patience and skill in directing his staff to grow and succeed and then supports their success with the best tools available. Today Grupe Real Estate is one of the most successful companies in California.

Success for Jerry Abbott however is not simply measured by his many corporate accomplishments. He is a family man with 4 children, 10 grandchildren and deep roots in the Stockton community. His early years were marked by a commitment to his country as he enlisted in the military at the beginning of the Viet Nam war.
“I spent three years in the Marines, 13 months of that time in DaNangProvince, Viet Nam as a rifleman. I received a purple heart and our first child was born while I was overseas. I left the military in 1967 as a sergeant and went to work for a finance company in Southern California.”

Motivated by his desire to put down roots and raise his family, Jerry Abbott moved to Stockton and soon began studying for his real estate exam while attending San Joaquin Delta College where he majored in Business and obtained his Associate of Arts Degree. He then attended the University of San Francisco studying Business, Human Relations and Organizational Behavior. Real Estate however was to become his passion as he discovered that it allowed him to help families with one of the most important decisions of their lives, buying a home.

“I loved everything about the business and the people were wonderful. I liked the fact that I could help people purchase a house and receive all the benefits of home ownership.”

In 1984 he opened Stockton for Coldwell Banker and in 1989 was promoted to Senior Vice-President responsible for 10 offices and 350 salespeople. Because Jerry’s management style had always dictated a close relationship with his people he made 3×5 cards on every salesperson with information on them individually. He could then visit an office, call each person by name and talk to them about something that was of interest to them. When the opportunity arose to buy the office that he had started in Stockton Jerry chose to take advantage of that offer. Later another merger would bring Fritz Grupe and Jerry Abbott together again to combine forces in the real estate industry with a well respected local name to form Grupe Real Estate.

Today, Jerry Abbott is President and Managing Partner at Grupe Real Estate that has over 95 agents and offices in Lodi, Stockton and Manteca. Backed by the Grupe Family’s reputation for service, integrity and stability Grupe Real Estate is firmly established in the San Joaquin business community with a position of excellence. As the Managing Partner, Jerry has led the way by diligently pursuing professionalism and sound business principles applied in an office that he describes as a “diverse group of independent contractors who want to succeed and understand that the key to that success is cooperation and respect for one another.”

In the community Jerry has served as Co-Chairman of the United Way Stockton Campaign in 1997 and 1998 and is a past president of the Stockton Board of Realtors. He is still on the Faculty Advisory Committee for San Joaquin Delta College where he has taught Real Estate Principles, Real Estate Practice, Real Estate Finance and Real Estate License Preparation. Jerry is also a former Boy Scout Leader and is currently active in The Church of Jesus Christ of Latter-day Saints.

Although Jerry has many interests, his primary focus is in directing people to grow and succeed. His belief that “getting to know people makes all the difference” has been pivotal in the stability and growth of Grupe Real Estate and has been instrumental in the many honors that he and his company have received such as the prestigious San Joaquin Best Award of Excellence for Real Estates Services from the local newspaper.

To Jerry Abbott professionalism and integrity are the foundation upon which his life and business are built.