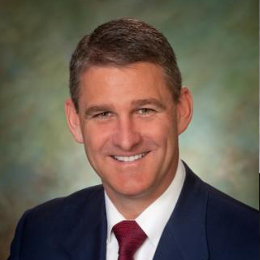 Kevin P. Huber is the President/CEO of Grupe Commercial Company. Grupe Commercial manages and owns approximately 1,000,000 square feet of commercial office and retail space, is the developer of the 102 acre “University Park” redevelopment project in downtown Stockton, a 60 acre Highway Commercial development at Interstate 5 and Highway 12, and is an investor in a variety of other real estate holdings.

Kevin is a graduate of the University of the Pacific’s Eberhardt School of Business, and now serves as a Chairman of the Board of Regent’s for Pacific. He is an officer and past Chapter Chair of the Young President’s Organization, past Chair of the San Joaquin Partnership, a public/private economic development entity, is a member of the Urban Land Institute, the Building Industry Association of the Delta, was appointed by the San Joaquin Board of Supervisors to the Agricultural Technical Advisory Committee, and was appointed by the Stockton City Council to serve on the committee to develop a Climate Action Plan for the City of Stockton.

Kevin also serves on the Board of Directors of CoolSystems, a medical device company, and one of the fastest growing companies in the East Bay area. He served on the Board of Equity Music, a Nashville, TN music label, and has served on numerous charitable, advisory, and Foundation Boards in the Stockton, CA community. He was a Campaign Chair for the United Way Campaign for San Joaquin County, served as a Trustee for The Cortopassi Institute, and is the past Chairman of the Advisory Board for the University of the Pacific’s Eberhardt School of Business. Kevin is married to his wife Sandy of 25 years. They have three children. The Huber’s reside in San Joaquin County, west of Lodi.

Dan Keyser joined Grupe in 1987 and has served in a variety of management positions, which included responsibilities for acquisitions, development, financing, construction, leasing, property and asset management and sales. He is currently the Senior Vice President of Grupe Commercial Company, and is responsible for numerous property management accounts, several developments and business park associations comprised of over 252 acres and 153 tenants/owners. 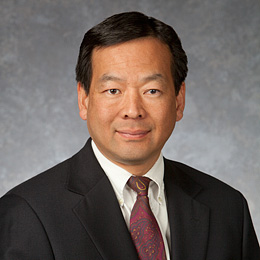 Maurice Liu joined The Grupe Company in 1988 and is currently the Controller and Vice President of Grupe Commercial Company. He has been involved with the development and management of multi-family and single-family residential projects as well as office and retail properties. Maurice has held various management positions responsible for financial analysis, accounting, financing, loan administration and asset and property management.

Maurice graduated from the University of the Pacific’s Eberhardt School of Business with a Bachelor of Science degree. He currently serves as the Treasurer on the Board of Directors for Children’s Museum of Stockton. 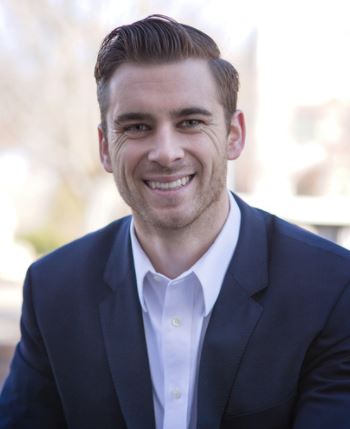 Fritz Huber joined Grupe Commercial Company in 2017 and currently serves as an Assistant Vice President. Fritz is responsible for assisting with the management of Grupe Commercial Company’s various office, retail, and self-storage developments. He is also responsible for helping identify, underwrite, and acquire new development opportunities and assets.

Prior to joining Grupe Commercial Company, Fritz worked for The Grupe Company and Greenlaw Partners. While at The Grupe Company, he served as the Associate Director of Acquisitions where he helped oversee the company’s apartment acquisitions division. His key duties were identifying new acquisitions, underwriting, managing the acquisition process, and investor relations.

While at Greenlaw Partners, he served as an Analyst and then Associate where he was responsible for the underwriting, due diligence, closing and disposition efforts. He also participated in seeking new financing, acquisitions, leasing, and capital partner relations.

In total, Fritz has assisted in over $700MM of new acquisitions and completed more than 30 lease transactions totaling over 120,000 square feet of space.

Fritz Graduated from Azusa Pacific University in 2012 with a Bachelor of Science in Economics.